Upcoming and most awaited games of 2019

Upcoming and most awaited games of 2019

Since 2018 is coming to its end, let’s take a rest from playing Red Dead Redemption 2 or Spider-Man and discuss what we should expect to see on our screens in 2019. Our previous article is a great reason to discover the gaming world of the following year. All of the hyped releases are already out and, having a clear mind, we can take a closer look at games which all are waiting to be released. Let’s begin! 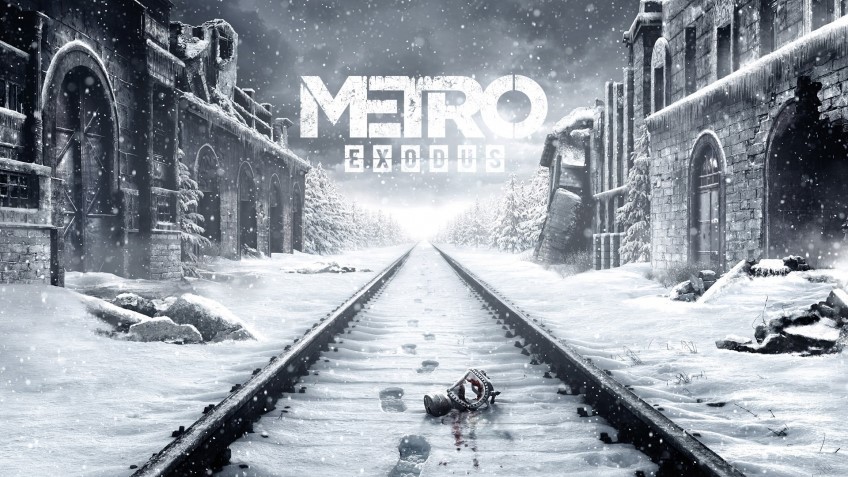 The first game in the list, which is also the first pre-ordered game of the following year by author, is Metro Exodus. It’s been five years from our last trip to post-apocalyptic Moscow and 4A Games made a big leap toward the next game of the series inspired by Dmitry Glukhovsky’s novels. The protagonist is the same – Artyom, and the story of Exodus begins with the end of Metro: Last Light.

This epic first-person shooter compiles an exciting Survivor Horror, exploration of the terrain, tactical battles, and stealth in one of the most atmospheric gaming worlds that have ever been created. Exodus is awaited by almost all post-Soviet gamers and many more around the world. Great atmosphere, recognizable characters, an updated model of weapon pumping and as much as 12 months of storytelling – these are the reasons why this game is so desirable. Judging from the gameplay trailer, we expect good graphics and the interaction with the world. An updated ammunition crafting system will also appear in the new Metro. 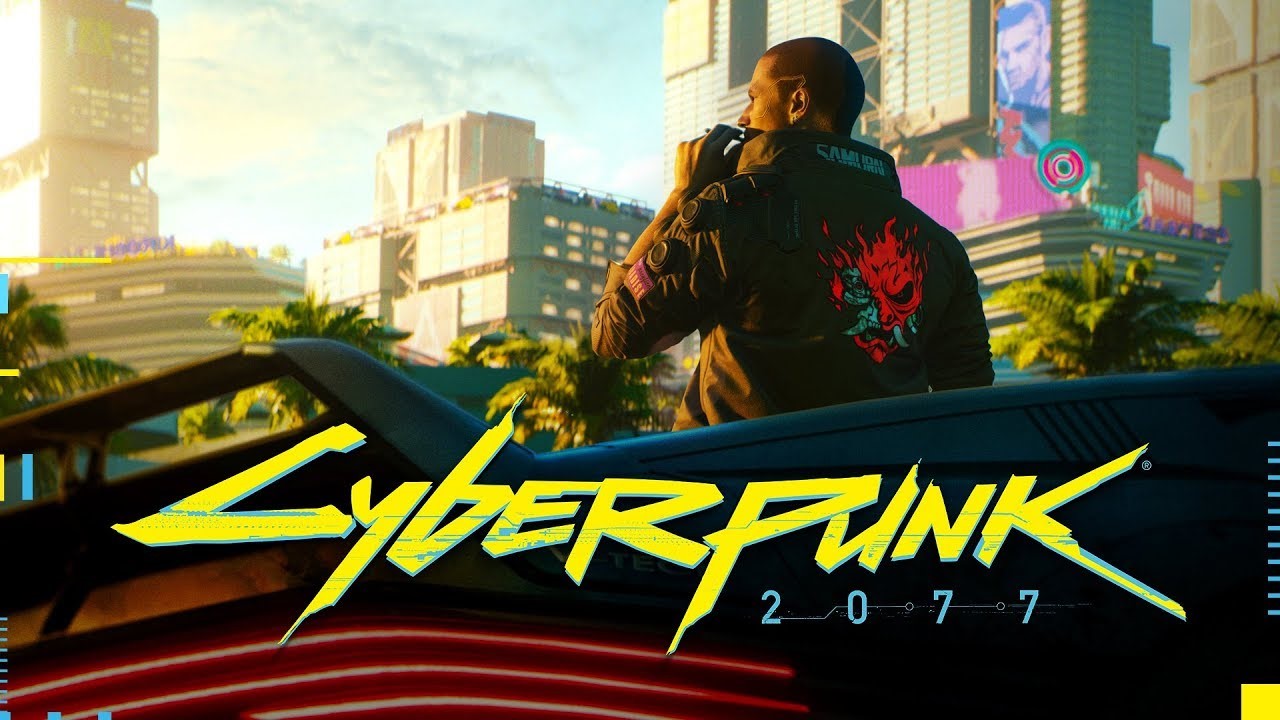 Cyberpunk 2077 is one the most anticipated games in the following year. For the first time, the development of the game was announced in 2012, but even at that time, it was announced that the game had been in development for already a year. This game is based on the board game Cyberpunk 2020.

CD Projekt RED is responsible for the development – the same company that made so beloved The Witcher, which in 2018 still appears as the benchmark for the gaming industry. The game will take place 57 years after the events of the card game in the big city Night-City, which is located between Los Angeles and San Francisco.

The game will have the opportunity to create your own unique character by the name of Vi and build its story. Based on the decisions you choose, you can peacefully negotiate or achieve your goal by fighting. Also, it may involve some third option – everything is in the best traditions of a suitable RPG game.

In August of this year, the gameplay of the product was presented for 288,000 spectators on the Twitch channel CD Project Red and that’s not counting the restraints from other channels. In 2016, the developers stated that the game should be ready for the first quarter of 2019. We all want to believe in the best, but hopefully, we can enjoy the Cyberpunk 2077 at least at the end of the coming year. 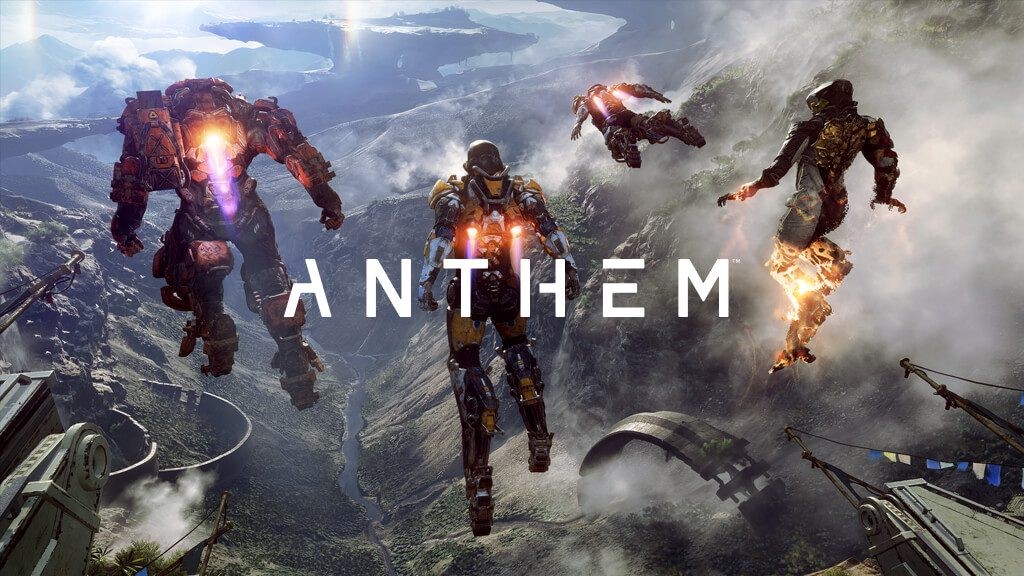 The gameplay and trailer of the game from the creators of Dragon Age and the “gorgeous” Mass Effect: Andromeda were revealed to the world at E3 2018. The game will be representative of the Action-RPG genre, and its main feature will be the possibility of cooperative gameplay.

It seems that the experience of Andromeda influenced BioWare, and they finally decided to polish the plot component of the game. At least they promised so.

Also, we were promised a lot of DLCs. It remains only to hope that these additions will not be “patches” for a single company. Furthermore, up to four people can play together, and the main feature will be the ability to create your own stories that will differ from those previously passed. By analogy with the popular Titanfall, you can change the outfits of the main character within walkthrough process. 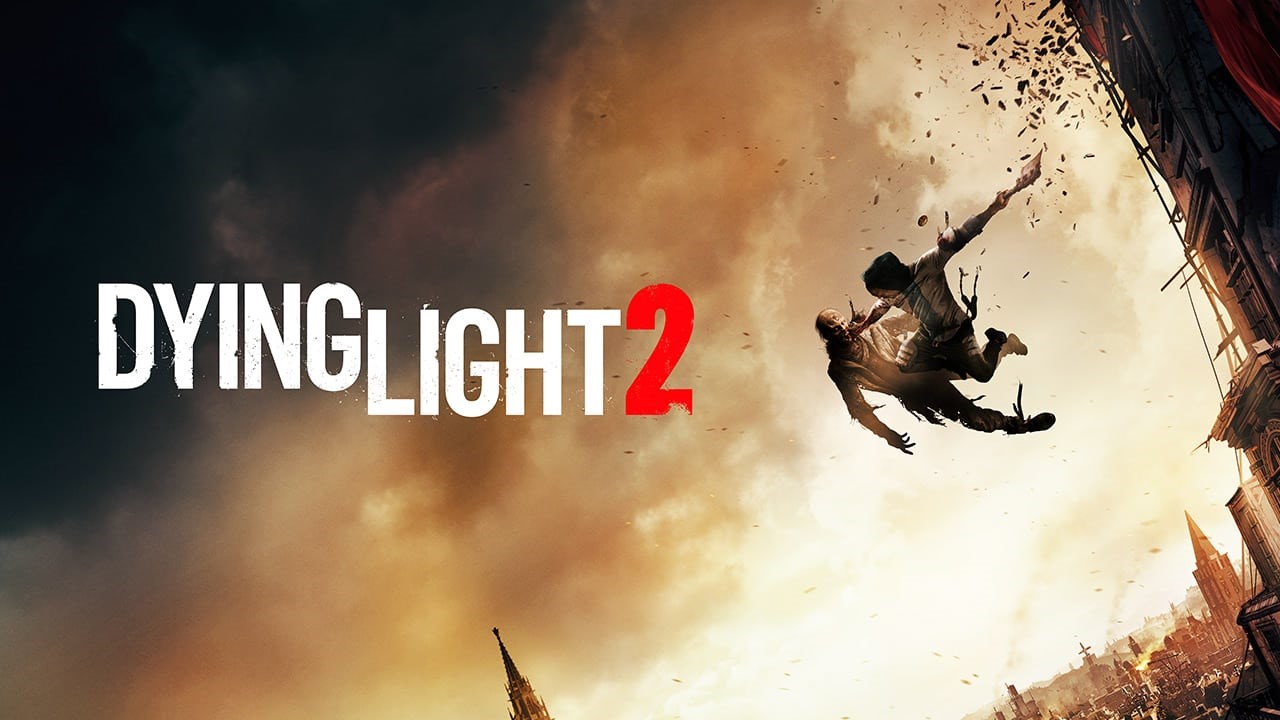 Many people sighed with relief when they saw the trailer for the sequel to Dying Light at Microsoft presentation. At this time, the creators of the game decided to move away from their previous “murder-parkour-meat” formula and added a bunch of different options to the game with local factions. You can build your reputation, negotiate with organizations and carry out their tasks. Naturally, every decision you have made will affect the situation in the open world of the game. The developers promise an incredible freedom of action. You can take the quest, you can choose whose side your actions should satisfy, or you can completely abandon the task, which will also affect the game world.

The creators of Dying Light 2 note that the closer the night, the angrier will be the enemies that walk through the streets of the deceased city. 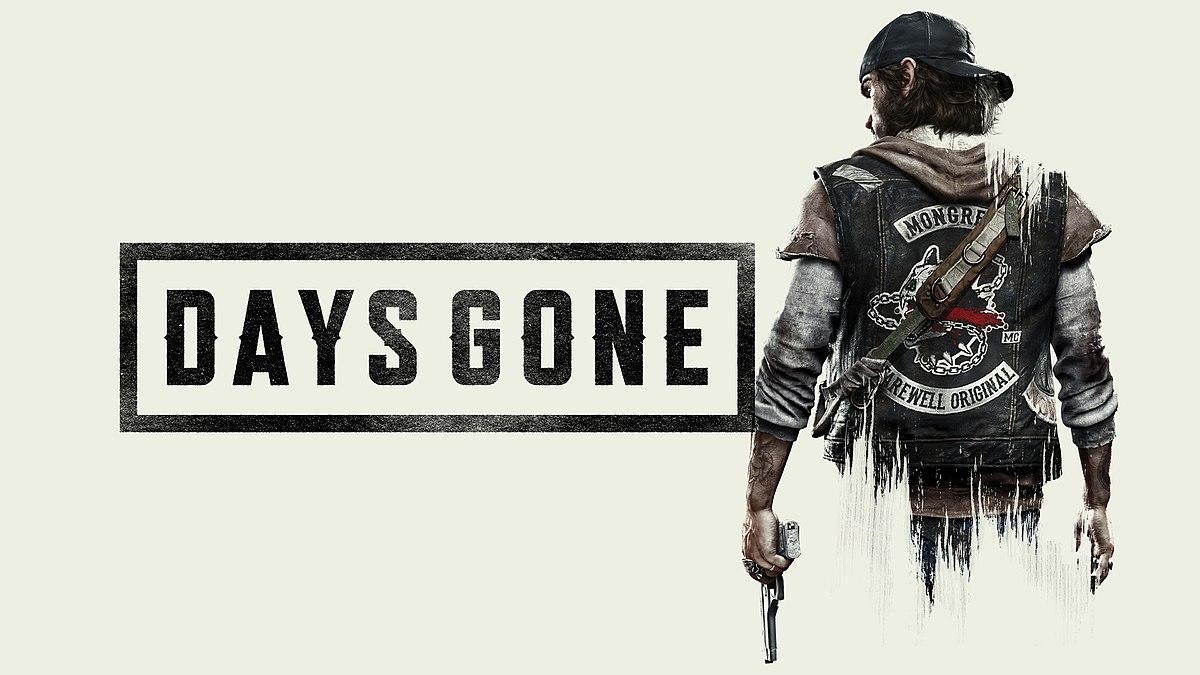 To continue the mood, Sony is planning to release Days Gone – one more open world post-apocalyptic shooter. It is a survival adventure, where players are free to explore the world on their own two feet or in the saddle of a faithful motorcycle. The game takes place two years after the global pandemic, which destroyed the old world, turning most of humanity into phreakers. The main character – former criminal named Deacon St. John – wanders around the world in search of adventure.

Players will be able to build relationships with the few survivors, attempt to establish contact with some phreakers, as well as the study abandoned cities and towns in order to find useful supplies. Days Gone offers players a large open world that can be walked up and down without any problems – the main thing is to have a desire.

Days Gone has been in development for five years. Motorcycle, shotgun, leather and incredible rigidity – the formula for the success of this game. In the game, we will be given 5 different settlements, the remnants of human civilization, where locals are trying to rebuild the new world, as it was once shown in the popular TV series – The Walking Dead.

Incredibly beautiful stealth-action should be presented in 2019 and will undoubtedly find its audience. Actions will take place in Japan in 1274 during the Mongol invasion. Also, producers of Ghost of Tsushima revealed some details about the game. The project will have several modes of difficulty, and the gameplay is planned to be very hardcore.

The main character is a samurai who can use the techniques of other schools. His name is Jin Sakai nicknamed Tsushima Ghost. The hero will have a hook-cat and the environment will be diverse and interactive. In addition to dense forests, large cities are expected.

The game world will include two large settlements and several villages and it will be possible to pump the character. For this, two branches will become available: let the samurai for sword fighting and the ghost for stealth. 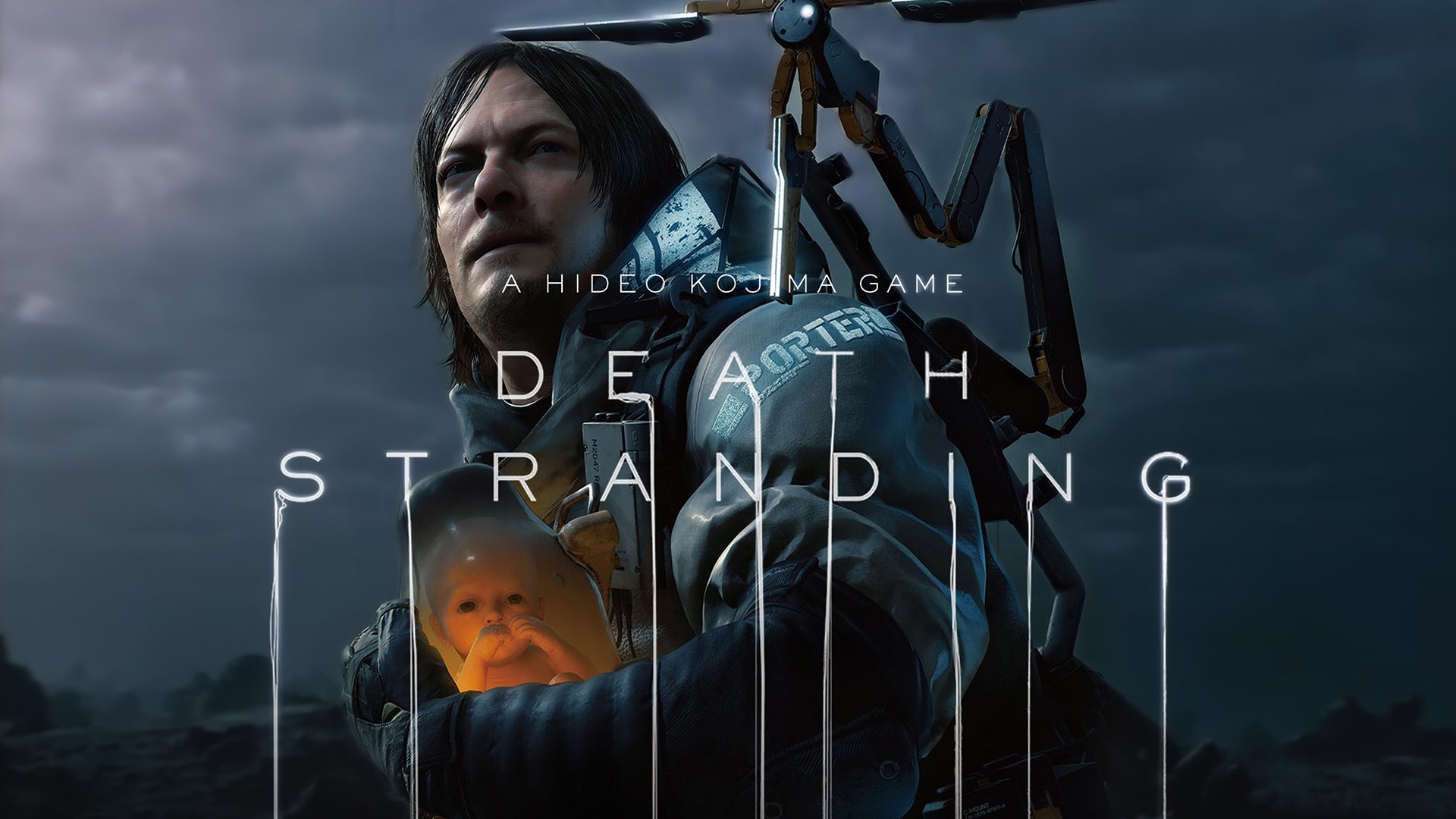 Even after its fourth trailer, Death Stranding remains a mystery to the players. Understanding the idea of its creator is still not possible, but the publisher of the project revealed a synopsis of this extraordinary creation on the PlayStation website.

Surrounded on all sides by death streams …

Sam Bridges will have to conquer the world, changed by the “death ligament” (Death Stranding). Carrying the remnants of the future together on his shoulders, Sam sets out on an adventure, the ultimate goal of which is to unite the fragmented world.

What is the secret of the “deadly ligament”? What will Sam find on his way? The answers will give this innovative project.

It’s officially confirmed the new video game death system. As Kojima himself said, in his game, this will be a substitute for the background screen with the words “Continue?”. The place where the hero gets after death is water, in which Sam can even swim, looking for various interesting resources. But at the same time, death does not reject you back in time, and does not separate you from the main gameplay. Perhaps this is due to the cloning system, which so far lives only in theories.

These are lots of theories and myth about this game, but let’s just wait and believe in Kojima

The following 2019 is going to be very productive and rich on releases. What to wait and what to play is your personal matter. We will try to be the first who play these masterpieces (we hope so) and share our feedback. Keep in touch and let us know your thoughts on the products you are waiting to be out in 2019 in the comments below!

How do projectors work?